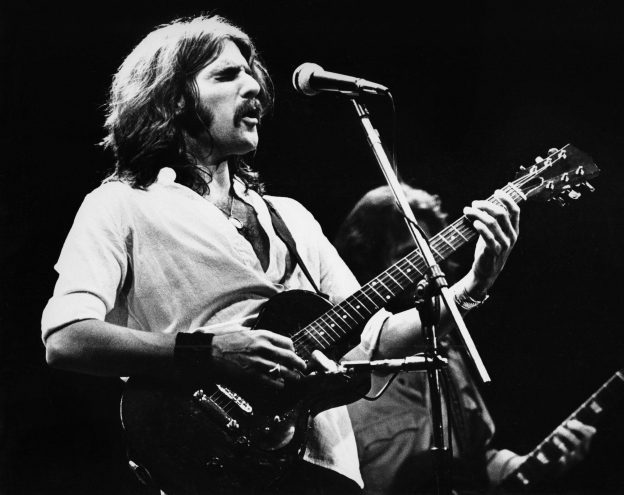 Growing up in the 70’s, it was the songwriting duo Frey and Henley and their bandmates, together known as The Eagles, that seemed to be everywhere. Spinning records at home (and friends homes), AM radio and FM Stereo, eight track tape players, every (parents not at home) house party, senior skip day, and of course backseat parking at the end of that country two-track road…there they were…Glenn Frey and The Eagles. The Eagles provided the soundtrack to my youth and it’s a safe bet that If you grew up in the 70’s, they provided the soundtrack to yours also.

There were many great bands of the 70’s, and when the classic rock format came to FM radio in the early 1980’s, it was The Eagles leading the way. We also heard them on Country, Pop and Easy Listening formats too. Their music appealed and continues to appeal across many genre’s.

I’m not sure why, but Glenn’s passing allowed me to hear things in their music I didn’t necessarily hear before, it’s as if I listen with more focus now. I always knew it was there, but now when I listen to The Eagles I hear the brilliance, I hear the songwriting genius, I hear the harmonies, and I hear the words more clearly. I also hear studio excellence and I hear them dual guitars like never before. Will miss you Glenn, thanks for opening my ears.

The Lockdown List, a collection of eleven songs by some of the world’s finest songwriters, was recorded during a year that will (painfully) resonate through our history. With that said, the songwriting prowess of legends Guy Clark, Rodney Crowell, Johnny Cash, Dolly Parton, Bobbie Joe Gentry, Tom T. Hall, Billy Joe Shaver, Hank Snow and the incomparable John Prine are all on display here. Other timeless classics include “Will The Circle Be Unbroken” and the Andy Griffith inspired “There Is A Time” by the Dillards. We also took a pull at Ketch Secor’s (Old Crow Medicine Show) “Brushy Mountain Conjugal Trailer”.